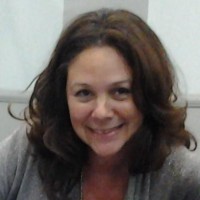 Julia Shalet, cialis the “Product Doctor”, ed will be back again this year at Over the Air offering up a session on “DIY User Engagement” as well as one-on-one product “surgeries” for attendees. Julia wrote about her participation in our previous events here.

The details for this year:

For OTA this year, I am going to deliver a session that pulls on the material I have created for The Mobile Academy; it is an interactive demonstration on how to get user feedback – doing it yourself. Starting with the why and moving to the when and what: this session will show you how to engage users to test out early stage concepts, get feedback on how you look, help you prioritise your feature lists and to work through how usable your product is.

SO GET INVOLVED!
1) Do you have a product I can use as a Case Study for the session? Criteria: Must be able to find at least 4 target users for your proposition in the audience; must have a logo and either have a website or a page in an App Store.
2) Would you like a consultation? Email direct for a 30 minute appointment: julia [at] productdoctor.co.uk.

These days developers around the world are becoming aware of the science deficit in our youth, and in particular the computer science deficit. Grass roots efforts like Code Club are trying to bridge this gap by giving kids a way to learn basic coding skills and computer science concepts in a fun environment using the wonderful Scratch programming environment and other similar tools. At last year’s Over the Air we heard about Code Club pre-launch and it sounded exciting. I don’t think the organisers could have imagined how far Code Club could have come in one year. This year we are proud to announce that we will be running a Code Club workshop for kids (open to kids 7 and up but aimed at ages 9-11). If you’re coming along to Over The Air and you have kids in this age bracket, all you need to do is register them at this separate EventBrite page. If you are not already registered for Over the Air, you can register with this form and still attend our Saturday program. And kids of all ages are always welcome at the presentations of the hacks in the afternoon on Saturday. More info on the EventBrite page, but if you have any other questions or concerns feel free to contact us by tweeting us at @overtheair, or by email at info [at] overtheair.org. Happy coding!

If you’re interested in seeing the slides from sessions you attended, or videos of sessions you didn’t, check out our Lanyrd Coverage Page where we’re accumulating videos, slide decks, links to articles and blog posts and other materials. You’ll find official videos of everything that happened on the main stage as well as crowd-sourced videos of some of the other sessions. Share and enjoy!

Bletchley Park have graciously set up special tours for Over the Air attendees on both Friday and Saturday. You’ll be able to tour the park, find out more about the work that went on there and come face to face with the Enigma, Turing’s code breaking “Bombe” and the World’s first programmable computer: Colossus.

We are very excited to announce that Professor Fred Piper of Royal Holloway University of London will be delivering our closing keynote (on Saturday the 1st of October at 14:30 in the Marquee Tent). Professor Piper is a world-renowned expert in the field of information security and (in line with our choice of venue this year, seek and our focus on mobile security) will be talking about the past & future of cryptography.

Prof Fred Piper BSc PhD (London) CEng CMath FIEE ARCS DIC FIMA M.InstIISP was appointed Professor of Mathematics at the University of London in 1975 and has worked in information security since 1979. In 1985, he formed a company, Codes & Ciphers Ltd, which offers consultancy advice in all aspects of information security. He has acted as a consultant to over 80 companies including a number of financial institutions and major industrial companies in the UK, Europe, Asia, Australia, South Africa and the USA. The consultancy work has been varied and has included algorithm design and analysis, work on EFTPOS and ATM networks, data systems, security audits, risk analysis and the formulation of security policies. He has lectured worldwide on information security, both academically and commercially, has published more than 100 papers and is joint author of Cipher Systems (1982), one of the first books to be published on the subject of protection of communications, Secure Speech Communications (1985), Digital Signatures – Security & Controls (1999) and Cryptography: A Very Short Introduction (2002).

Fred has been a member of a number of DTI advisory groups. He has also served on a number of Foresight Crime Prevention Panels and task forces concerned with fraud control, security and privacy. He is currently a member of the Board of Trustees for Bletchley Park and the Board of the Institute of Information Security professionals. He is also a member of (ISC)2’s European Advisory Board, the steering group of the DTI’s Cyber Security KTN, ISSA’s advisory panel and the BCS’s Information Security Forum.

We are very excited to announce that Dr. Sue Black will be delivering the opening keynote talk for this year’s Over the Air! A senior research associate at University College London, Dr. Black has been tireless in her support of Bletchley Park and of women in technology. She was also named one of London’s “Top 20 Technology Tweeters” by LondonLovesBusiness.com. She’ll be talking a bit about the history of our venue and the pioneering work in the field of computer science that took place there.

Sue Black is Senior Research Associate in the Software Systems Engineering group in the the Department of Computer Science at University College London and a Senior Consultant with Cornerstone Global Associates. You can find Sue on Wikipedia, Linkedin, Facebook and Twitter.

In 2009 Sue has been named Tech Hero by ITPRO magazine: “We look to Sir Tim, Sue Black and other tech leaders for inspiration”. She has also been presented with the BCS John Ivinson award and nominated for the Computer Weekly IT Blog Awards 2009: IT Twitter User of the Year!!!

A keen researcher, Sue completed a PhD in software measurement in 2001 in which she reformulated an algorithm used to compute the ripple effect measure for C source code. Her research interests aresoftware engineering, software measurement and software evolution and she is interested in anything that can help to improve the quality of software. Her most recent collaborative research paper is “Formal vs Agile: survival of the fittest” and single author paper “Deriving an approximation algorithm for automatic computation of ripple effect measures” .

Since 1998 Sue has been campaigning for equality, and more support, for women in tech. She founded the online networks LondonBCSWomen in 1999 and BCSWomen in 2001, BCSWomen now has over 1200 members.

Sue blogs about her campaign to save Bletchley Park and the interesting times that she has had while raising awareness of its financial situation. Since July 2008, Sue has been raising awareness of the plight ofBletchley Park the site where codebreakers such as Alan Turing worked during World War Two. The work carried out there shortened that war by possibly two years saving millions of lives. Bletchley Park is also the birthplace of the first programmable, digital computer Colossus invented by Tommy Flowers .

As a free bonus for all Over the Air attendees, prescription we have organized site tours of our historic Venue, diagnosis Bletchley Park on both Friday September 30th and Saturday October 1st. The tours will take about one and a half hours and will cover all the main points of interest around the site and tell the story of how the Enigma and Lorenz codes were broken during World Word Two.

There will be three tours on Friday, running at 14:15, 15:00 and 15:30, and two tours on Saturday, running at 10:00 and 10:30 (perfect for family members who might be coming up on the Saturday to see what all the fuss is about). If you want to go on one of these tours, please gather outside the main entrance of the mansion five minutes before the tour start time.

For a full roster of speakers for our 2011 event, take a look at the event schedule. You’ll find session titles, speaker names and affiliations there.

Over The Air’s David Rogers has been advising Carphone Warehouse in preparation for their Mobile Security Week which is happening at the moment. Head over to Carphone Warehouse’s dedicated security page to see their advice and David’s tips on keeping yourself secure whilst using your mobile. As developers, we all have a role to play in helping to keep users secure. Remember, the majority of your users are going to be non-technical people who just want to use your product and be safe online. By providing a clear, simple user experience when it comes to security, users feel much more comfortable. Help users out by explaining why you’ve used certain permissions and don’t unnecessarily use someone’s private data. The GSMA has some great privacy guidelines for developers. David’s extended guide can be found on his blog.

Yesterday, Google announced the highly anticipated launch of their developer platform for Google+. We’re very excited to announce that Google’s Ade Oshineye will be on stage at Over the Air to give attendees the scoop on how to use this new social platform.